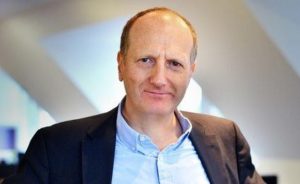 After drugs, fraud in digital advertising is one of the most lucrative illegal activities in the world.

When talking about digital fraud, the reaction is often to think about hackers and computer security issues. However, there is a lesser known digital fraud, but its financial impact is far greater: fraud in the field of digital advertising. The World Federation of Advertisers estimates that the impact could be up to 30 to 40 percent of global digital media investment in 2025, an amount that could amount to $ 150 billion.

Fraud in digital advertising is divided into five main themes:

In order to assess the extent of the fraud of which the advertiser is a potential victim, the latter has two coupled approaches to evaluate the quality of its digital investments:

A purely quantitative approach to analysing and cross-analysing data available in analytics and allocation tools, ad servers, advertising auction platforms, and programmatic purchasing management tools (DSP) to detect metrics that do not match the expected values.

A more qualitative approach to analysing the implementation process of campaigns by the advertiser and its agencies (briefing, reporting, choice of KPIs, objectives, targets, etc.) in order to contextualise and understand the analysed data.

After the analysis phase, it’s time for action recommendations. As an example, here are some typical actions:

For each proposed recommendation, it is important to evaluate the resources (internal or external, tools, processes, etc.) to be mobilised by analysing the relationship between full costs and impact in order to prioritise the actions to be carried out. It is important to emphasise that these actions will not eliminate fraud, which is an unattainable objective, but rather to limit fraud and limit its volume.

Control and measurement tools to limit fraud in digital advertising exist, but they alone will not suffice. Success depends on the cooperation of all players in the industry: advertisers, agencies, space vendors and technology solutions providers. It is important for the future of the Internet ecosystem and to preserve the confidence of the actors who trust it to take the subject of fraud in hand.

To learn more about how fraud in digital advertising might have an effect on your company, tweet at us @ESV_Digital_UK or follow us on LinkedIn.
[/box]